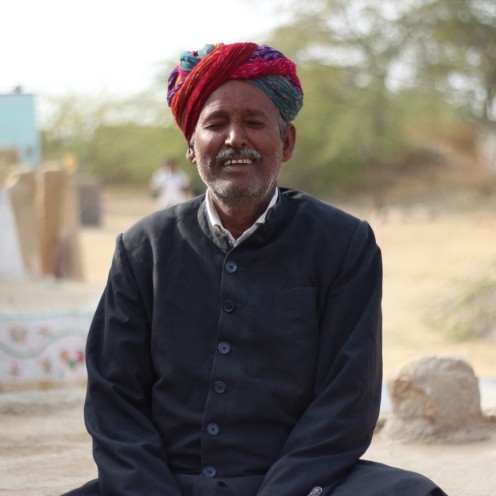 Multan Khan, brother of the Kamayacha expert Late Chanan Khan, leads the group as a vocalist. He masters the semi-classical genre of folk music called Jangra and also several other folk songs that portray the richness of traditional ceremonies such as royal procession, birth of a child and also songs which narrate the stories of the desert by beautifully encompassing the importance of environment, water and rain in our lives. His singing vibrates a lot of energy and has an element of joy attached to it. He sings in an emotive, high pitched and expressive manner thus bringing in a lot of variations in one composition.