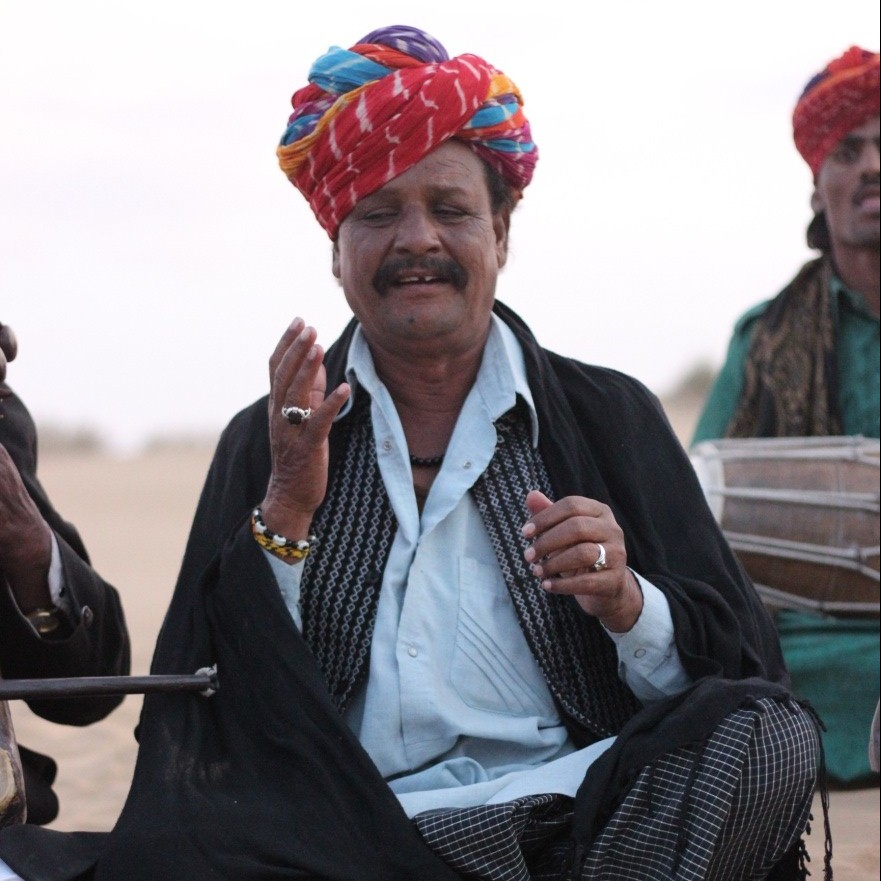 Bundu Khan is one of the best singers of a traditional folk singing group of Sarangiya Langas, who live in western Rajasthan. Sindhi Sarangi is the traditional instrument of this group.Bundu with a fabled voice is one of the prominent singers of the Langa community. His singing life began like most of them, as a child and continued around the world, through his recordings and stage apperances. At the age of thirty five he was invited to sing at the historic Royal Albert Hall in London and has repeated his performance at the same venue.

He was sought after by local and other lovers of music. The expression in the style of his singing binds the audience together who immediately build a deep connection with his music. When he sings he enjoys every word in the song’s lyrics and that makes the listeners deeply enrooted.